1st Round Singles Main Qualifier. 64 players from all over the world and locally play for 8 spots into the Main Tournament Draw. Play begins at 9AM on six courts simultaneously with 32 matches played all day. 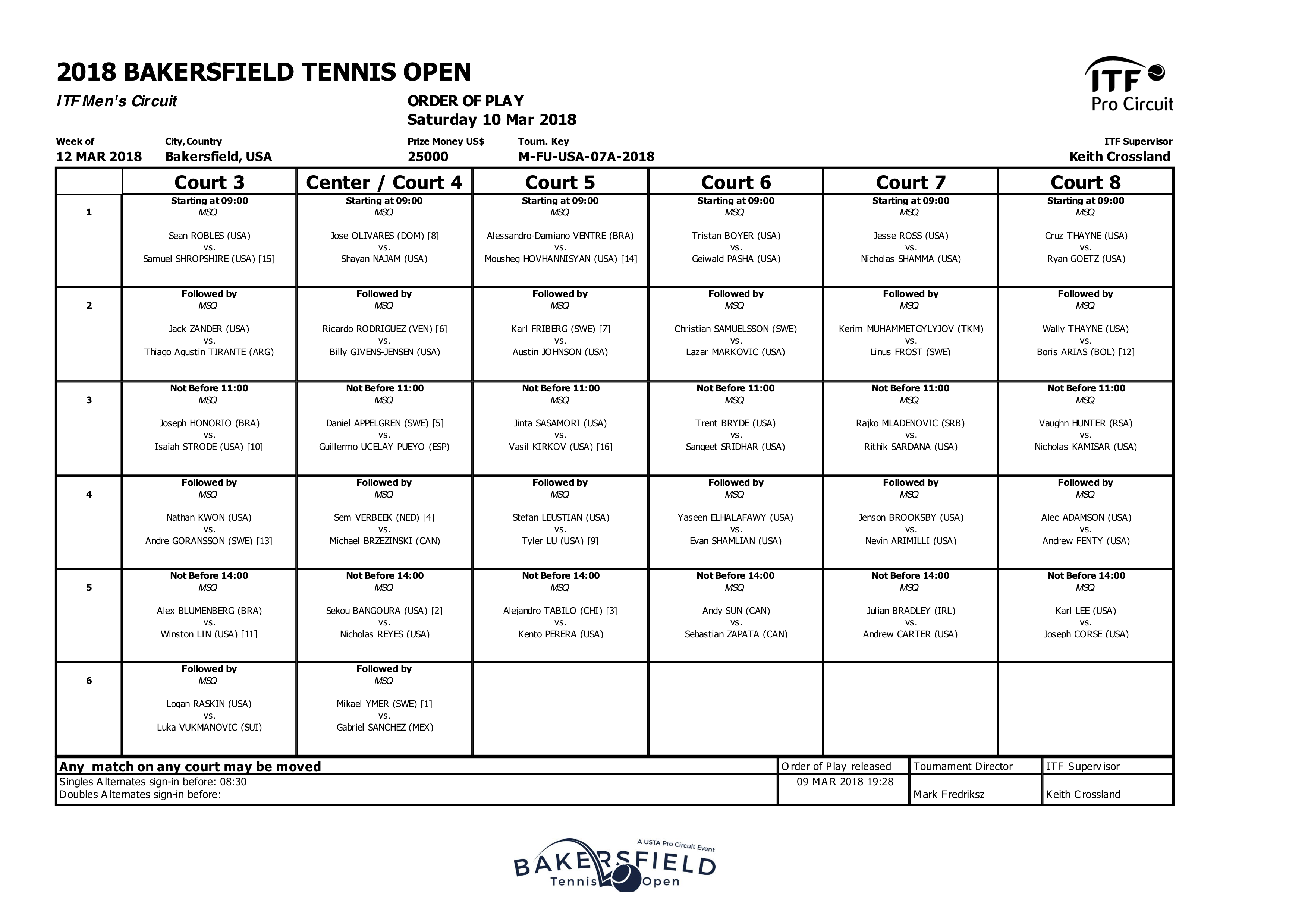